A lot of truck enthusiasts tend to focus solely on aesthetic modifications. They throw on some big wheels, a lift kit, and aggressive bumpers before calling it a day. However, if you truly want a unique and monstrous truck, performance and sound are at least as important as having a mean look. Here are the three easiest modifications that will make your truck sound like a beast while giving you gobs of torque and horsepower gains.

The stock intake on your turbo-diesel truck is designed to be as quiet and efficient as possible. That's all well and good for your average driver, but if you're a truck enthusiast, stock intake systems leave a lot to be desired.

Swap out your stock intake for an aftermarket system with an open air filter. Aftermarket systems are less restrictive than stock units, which allows your engine to breathe more air and produce more power. Additionally, by having an open air filter, you no longer have the sound dampening box built into the stock intake system. When you get on the throttle, you'll really hear your engine roar and your turbocharger scream.

Just like with your stock intake, your stock exhaust system is tuned for quietness and efficiency. Aftermarket exhaust systems use piping with a larger diameter to allow air to flow out of your engine more freely. Increased airflow equals increased power and torque. Additionally, aftermarket systems are less muffled, so your engine will really sing when you floor the gas pedal.

However, if you're after power and torque, you need to upgrade the entire exhaust system. Throw on an aftermarket exhaust manifold, downpipes, and high-flow catalytic converters. You'll get an even more aggressive sound and some very respectable torque gains.

The easiest way to get more power out of your engine is by plugging in an ECU tuner. They give you the ability to increase your turbocharger boost levels, which gives you gobs of torque. They also include modified fuel maps to compensate for all the extra air being crammed into your cylinders.

If you only care about getting more torque from your turbo-diesel, an ECU tuner is by far the best modification you can perform. Even on a stock engine, you can get substantial power gains. However, once you have an aftermarket intake and exhaust system installed, ECU tuners are even more efficient. They allow you to fully take advantage of the increased airflow into and out of your engine by raising boost pressure and adding more fuel injection to really make your engine come alive.

To learn more, contact a truck equipment and parts company. 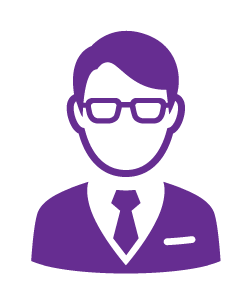 Hello, my name is Benjamin Bernard. Welcome. I am here to talk to you all about the maintenance techniques that prevent engine damage in automobiles of all kinds. Your vehicle’s powerplant must receive timely maintenance, including fluid changes, to stay in great condition mile after mile. Without maintenance, the engine components could wear prematurely or even seize up, necessitating a complete powerplant replacement. I created this website to help everyone understand the importance of each engine maintenance technique. Thank you for coming to visit my site. I hope you will visit anytime you need to learn about automotive engine maintenance requirements and procedures.

Can You Negotiate The Salvage Value Of Your Car With A Junkyard?
18 September 2019

Problems Keeping Cool? How To Tell When Your Car AC Needs Servicing
26 November 2018